Imagine walking into the entry of a supermarket and being greeted by a wall of ageing prosciutto, all tucked away behind a temperature controlled glass coolroom…. Well soon this will be a reality.

As many of you know, after 35 years we were finally able to secure the last remaining freehold at our base in Balwyn and serious planning has been under way for the last year and a half on creating one of the best (hopefully the best!) Italian supermarkets in Australia.

With products like cheese, prosciutto, tinned tomatoes, preserved vegetables, pasta, etc already sourced directly from each individual supplier in Italy, once our supermarket is finished, it will give our family the opportunity to showcase all these fantastic products. Think aisles of pasta, massive displays in all sizes of tinned tomatoes and a deli boasted a huge array of Italian cheeses and prosciutto.

And on the Italian wine side?…. So much to tell!!

It is not officially summer but it sure does feel like it today.

Well it seems everyone is in love with Sicily. Even James Suckling describes the region as ‘Italy’s hottest region’ with a small tasting report just released on his website. It is not hard to see why. Months after my visit there I am still in awe over their wines.

I have always loved the wines of Sicily and Southern Italy. That is why our import company is one of Australia’s most recognized Southern Italian specialists. However, in between my visit a few years ago and July, things have been hotting up to a degree that the whole world is now sitting up and taking notice.

Probably the best wine writer on the planet (and he doesn’t charge a cent for it) is Alfonso Cevola who has written a series of beautiful posts about the island. Click on the link to read them: http://acevola.blogspot.com.au/search/label/Sicily%202013

I still think that there are so much still to discover about Sicily and more will be revealed as our understanding for the region increases. Mount Etna is getting the focus at the moment but soon other parts of the island will have their time to shine. After my visit in July we have added Lamoresca and who know who else in the next few years. 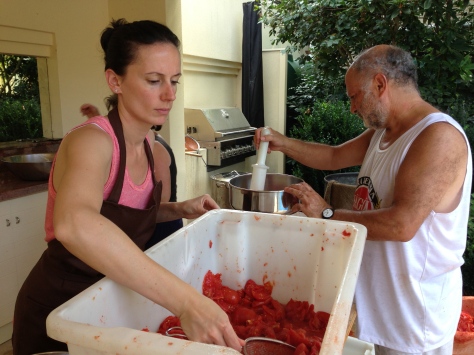 Talk about self sufficient… Last night my wife made a fantastic sugo (from sauce we made in February) with the artisan pasta we imported from Puglia and cheese grated over the top that we imported directly from Italy. Finally washed down with a bottle of Passopisciaro Nerello Mascalese from Mount Etna which we imported mid last year. Talk about a satisfying meal….

Lamoresca
Filippo Rizzo and his wife Nancy met over a decade ago while Filippo owned and operated a small restaurant in Belgium. At that time Filippo was among the first to be talking about and serving natural wines anywhere outside of Paris. His family had ties to Sicily and he was truly passionate about the preservation of the land and the importance of additive free wine. After years in restaurants and retail Filippo decided to get back to the land the best way he knew how, become a winemaker. With a scant 11 hectare farm, 4 of which are under vine, Filippo and Nancy have built the tiny Lamoresca estate from the ground up. While reviving his own olive groves and vines, Filippo spent several vintages with his comrade and fellow winemaker Frank Cornelissen making wine high on the slopes of Mt. Etna. La Moresca is the only winery for roughly 50 square km’s and Filippo and his farm hand Gaetano work the land endlessly by hand.

Lamoresca is located in the southern most corner of the province of Catania, between Etna and Gela on the southern coast, at ~450 meters above sea level. The area has a combination of deeply compressed sandstone soils mixed with calcium and iron rich clay. The old vines are a mixture of nero d’avola, grenache and nerocapitano (frappato) for the reds, and the extremely rare vermentino corso and some roussanne for the white; all of which are worked without the aid of any chemical or pesticide. The wines are naturally fermented without temperature control and no sulfur is used at all throughout the process. courtesy of Selection Natural

I have always thought of Sicily as a very special place especially for growing vines but a trip back in July took that love to a whole new level. We spent a magical week driving around Sicily with the volcano (Mount Etna) always in the background. During this time, we drank and ate like kings and when I got back I could not stop drinking the likes of Cos and Passopisciaro.

One of the wines that I drank in Sicily and had ready about were those of Lamoresca and these artisan wines made by Filippo Rizzo and his wife were the exact reason why I think Sicily is such a amazing place. These magical wines are made in minuscule quantities, with 15,000 bottle in total produced each year.

Just a quick note to say that posting on my blog will return to normal in the next week or so. It has been a crazy period with a move into food (mainly cheese and prosciutto) now done. Boy did it take a lot out of me personally and it meant that most of my time has been taken up with the process of getting it all through to our climate controlled warehouses.

In the meantime, did we celebrate in style yesterday with a 40th birthday of my good friend Mathew and his favorite restaurant Scopri. As you can see below, the wine was from Mathew’s birth year in 1973 and the music was Billboard’s Top 100 from 1973. 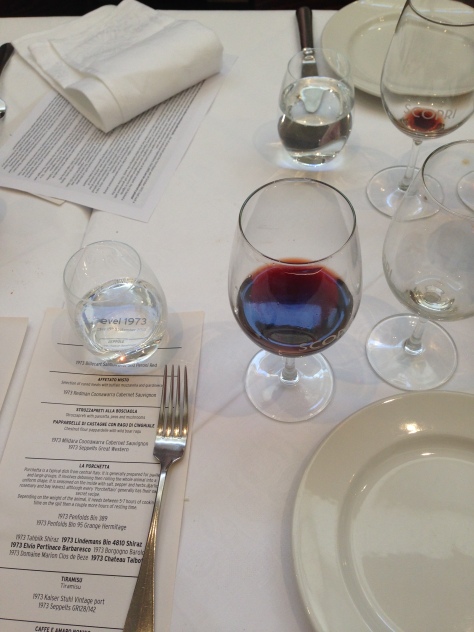 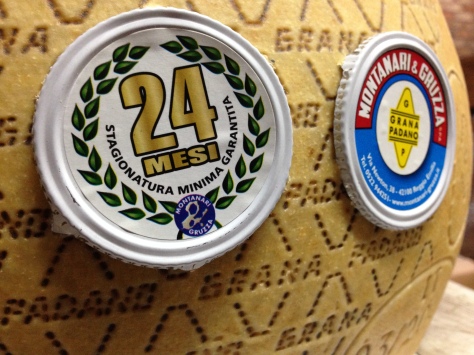 Over the last five years, we have tried our hands at importing many things from Italy. So far we have successfully imported wine, beer, mineral water and olive oil just to name a few. Well cheese is a totally different matter.

I can’t remember any decision with Mondo Imports taking such a personal toll on me. The regulations and bio security is in place for importing cheese for a very good reason. No issue with me in this regard. However, considering the cost involved importing from each Cheese producer there had to be no errors as unlike wine, a simple solution is not possible. When a cheese is rejected, the options are destroy or send back. Both of these options are not preferable. Hence, the risk in importing cheese is quite high if you compare it to wine.

If wine is rejected, most of the the time, it is for incorrect labelling which can be easily rectified with a sticker. Obviously not the case with cheese.

Well the goods news is that it is all here, safely tucked away in our cool rooms and available to the trade.